“Here the sea ends and the land begins.”

Rectangular-shaped and almost one-third of the Italian area, Portugal is the westernmost country of the Continental Europe, facing completely the Atlantic Ocean and bordering only with Spain.
It consists of a favoured maritime position, with its 830 km of coastline. During the Age of Exploration, a considerable experience was acquired in navigation, enabling the creation of a large colonial supremacy over the centuries: Africa, Asia, South America.
The rule ended in 1975 in conjunction with the independence of Angola, Mozambique, Guinea Bissau, Islands of Cape Verde, São Tomé and Principe, so in 1999 Macao returned to China.
The territory, influenced by the Azores anticyclone especially in the North, is subdivided into southern Subtropical – Mediterranean and north temperate maritime climate.

The population has an average density of 112/km2 and a third lives in the two districts the Grande Lisboa and Grande Oporto.
The country has maintained a traditional economic structure linked to primary activities (agriculture, fishing, farming, mining), still influenced by rural traditions and lifestyle, but with a constant development of industrial and service sectors, after joining the European Community and a worldwide cultural – sport agenda.

Portugal is a presidential Republic based on the Constitution of August 10 1989, whose head of state, “President da República”, is elected every five years under adult Universal suffrage. Legislative power is in the hands of the National Assembly, “Assembleia da República”, whose deputies are voted by the people every four years. The country is administratively divided into eighteen districts, “distritos”, including constituencies municipal, “concelhos”, headed by a mayor, “President da Câmara Municipal”.
The archipelagos of the Azores and Madeira are autonomous regions, but unlike the Italian Valle d’Aosta don’t enjoy economic prosperity, but above all attracting landscapes.

The Portuguese capital, Lisbon, was founded by the Phoenicians under the name of Alis Ubbo. The Romans renamed Olisippo, who became later Olisippona, then Lissapona and finally Lisboa.
In the seventh century the city was conquered by the Arabs of North Africa until it was freed by the first king of Portugal, Dom Afonso Henriques, in the twelfth century.
Lisboa is composed of seven hills like Rome and is situated at the mouth of the Tejo river, whose banks are connected by two major bridges: the red “25 do Abril” of 1976 and the white “Vasco de Gama” of 1999, in honour of the fifth centenary of the discovery of the sea route to India.
From the other side of the first bridge is visible the massive statue of Cristo Rei, representing Jesus with open arms that reminds the Rio masterpiece.
“Children with proud gaze, the lynx eyes of Braganza, looking at the North.
Dreaming the overseas, as garland intertwined in a dance.”
The first time I landed in Lisbon, I got the impression of a vibrant European city and at the same time a placid, mild place between America and Europe.
People hurry but are also available to engage a conversation in one of the innumerable coffee bars. They are kind, willing to guide you for a stretch of road if needed. Priceless.
It is worth to forget the wrist watch and climb alleys, following the curvy medieval streets of the seven hills.

Here begins the discovery of the ancient glories of the Portuguese navigators.
Starting from Praça do Commercio, a square plaza enclosed by three arcades where in the middle stands the equestrian bronze statue of Don José, in front of Rio Tejo. In the nearby river station you have the possibility of
boat tours, enjoying a romantic and seductive prospect of Lisbon.
From the monumental Arco Triunfal, adorned at the top by the Gloria symbology crowning the Genius and the Value, runs the “Rua Augusta”, which culminates in the central district of Baixa – Chiado, renovated by Marques de Pombal after the earthquake that razed the city to the ground in 1755.
The absorbed bronze statue of writer Fernando Pessoa merges into the dichromatic tiling of the street, out of the garnished Baixa – Chiado underground. Then the immersive atmosphere of emblematic cafes, delicious and tempting patisserie, “pastelarias”. Chiado is the most sophisticated setting, point of meeting for young people, artists and intellectuals, schools of arts, theatre, living history. In harmony with the cerulean facades decorated with ceramic tiles, “azulejos”, ranging almost overlap with the tones of the sky.
To enjoy a panoramic view of the city you can take the Elevador de Santa Justa, the famous neo-Gothic lift.
Finally, the Carmelite church of Igreja do Carmo, uncovered by the earthquake of 1755, whose interiors are still well-preserved.

Continuing on, you can reach the Rossio district and its Praça Pedro IV, with its bronze statue and pompous fountains.
At the Northwest corner, the station Estação do Rossio in Neomanuelin style and its majestic stained-glass windows from the horseshoe shape, luxuriously decorated with marble and iron elements.
The Sporting stadium offers curious details, a succession of tiny tiles from the vibrant polychromatic yellow – green effect. Local tastes sublimate colours, so the “vinho verde”, young and bubbly wine, and “Ginjinha”, cherry liqueur accompanied by a good Fado music.
At Restauradores, close to Rossio, there’s the commemorative obelisk of the regained Portuguese independence of 1640, after the Spanish submission.
Thus arriving at the tree-lined avenue Avenida da Liberdade, even more impressive than the Ramblas of Barcelona, lies the centre of Lisbon’s advanced economic activities. At the end of the road is also located the marble monument of the Marques de Pombal.
The capital shines of enchantment and refined simplicity.
By night, get lost in Barrio Alto, a district of orthogonal colourful streets near Baixa-Chiado, the real essence of Lisbon: a mixture of ancient traditions and cosmopolitanism, but also a meeting place for many young people and enogastronomic choices. The “Barrios” are obligatory destinations for culture, history, architecture and social identity. They are attractive paradigms for the living city. Typical and popular, with clothes shops, and conceptual Portuguese artists, in an eclectic and culturally multifaceted environment. Family-run restaurants alternate with intimate libraries, houses of chá (tea), breathing a metaphysical common atmosphere.

Between the Barrio and the Chiado is the monument of the native Luis Camões, one of major Portuguese poets, in the leafy Praça also spectator of the peaceful Red Poppies Revolution in 1974, after forty-eight years of
Salazarian dictatorship.

It is now the turn of Alfama by the yellow cable car, “O Electric 28”.
This area appears as a concentrate of countless alleys, a dense network of buildings covered with azulejos, culminating into the majestic Castelo de Sao Jorge, whose periscope offers a complete view of the city and of estuary; and even tiny gardens where to breathe ornamental flowers, imperceptible stairways towards the horizon river which slowly flows into the cold and crystal Ocean waters.

Amazing effects continue in the most contemporary and futuristic part of Lisbon: the Park of Nations, an area of astounding fountains, and the Portugal Papillon, a contemporary architecture with a huge sail-shaped roof suspended above the atrium, so the largest aquarium in Europe, the Oceanarium.
Faraway the majestic Ponte Vasco de Gama, created during the Expo ’98.

Before approaching towards the neighbouring maritime centres, you can admire the masterpiece of Manuelin art, the “Torre de Belém”, branching off as an iceberg from Tejo with its turrets, battlements shaped crest, balconies, sculpted ropes.
It’s really close the Monument to the Discoveries, dedicated to Henry the Navigator and symbol of a memorable past. The most important Portuguese discoverers are plastically detailed till Vasco de Gama, the first towards the boundless Ocean. 52 meters high, it recalls the profile of a caravel, whose marble stands out from the blue sky.
Finally, the Mosteiro dos Jeronimos, a stately monastery welcoming with its rich portal and a stunning interior supporting octagonal cupolas; arches and balustrades harmonize a spectacular cloister.
By tasting one of the best wines in the world, the Port, in a peculiar terrace called “Alcantara Docas”, you are seduced by the magic of the place. Saudade: a thin drizzle that is turning grey fading the horizon, the
sweet melancholy of the past or the sad hope of a distant place, the Romantic fighter of his tragic fate, inspiration and nourishment of the artist. Melodies accompanied by the Portuguese guitar, half-way between a mandolin and classical guitar, that tells a story of sea without return, bringing together all the people.

Echoes through the waves and the melodious songs of haunting lost sirens, perhaps beyond of the unmatchable horizon. Ahead of the city of light, water up to New York.

“Oh, continual escapes, departures, euphoria of the Different!
Eternal soul of sailors and sailing!”
“Here, where the sea ends and land awaits.” 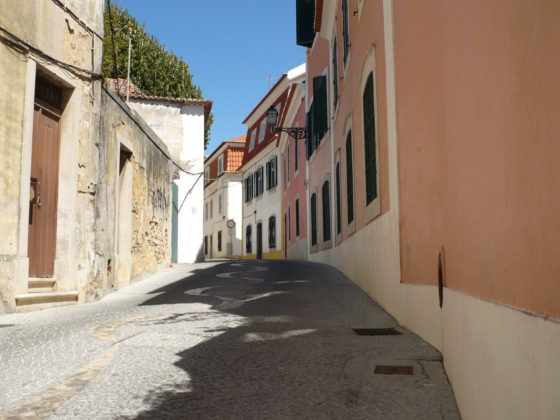 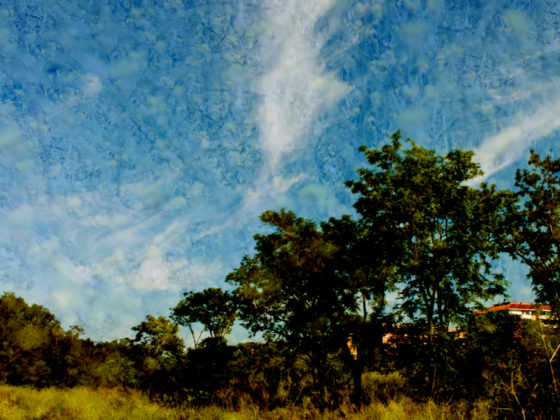 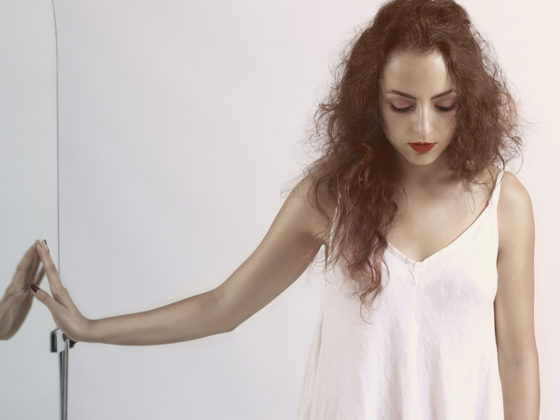 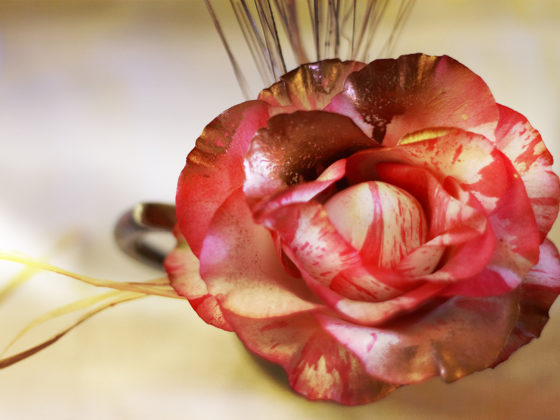 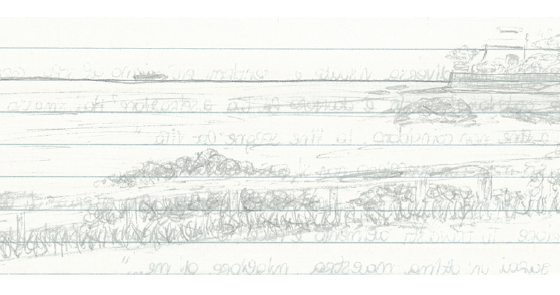 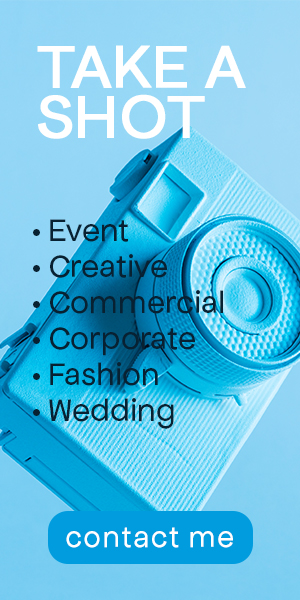